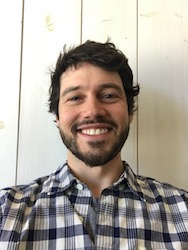 Since Neil picked up a bike in 2010, his passion for the sport and eagerness to explore has been a common theme. Neil is an avid adventure cyclist, tackling routes such as the Colorado Trail, Arizona Trail, Great Divide Mountain Bike Route and many others. There is something about living off your bike, traveling to unknown places, all on dirt roads and singletrack that Neil loves. When he is not out in the backcountry he is riding dirt or snow locally here in Crested Butte. Neil loves taking photos with his Sony a6500, watching the Chicago White Sox with a good IPA in hand, and has watched the complete series of The Office too many times to count.